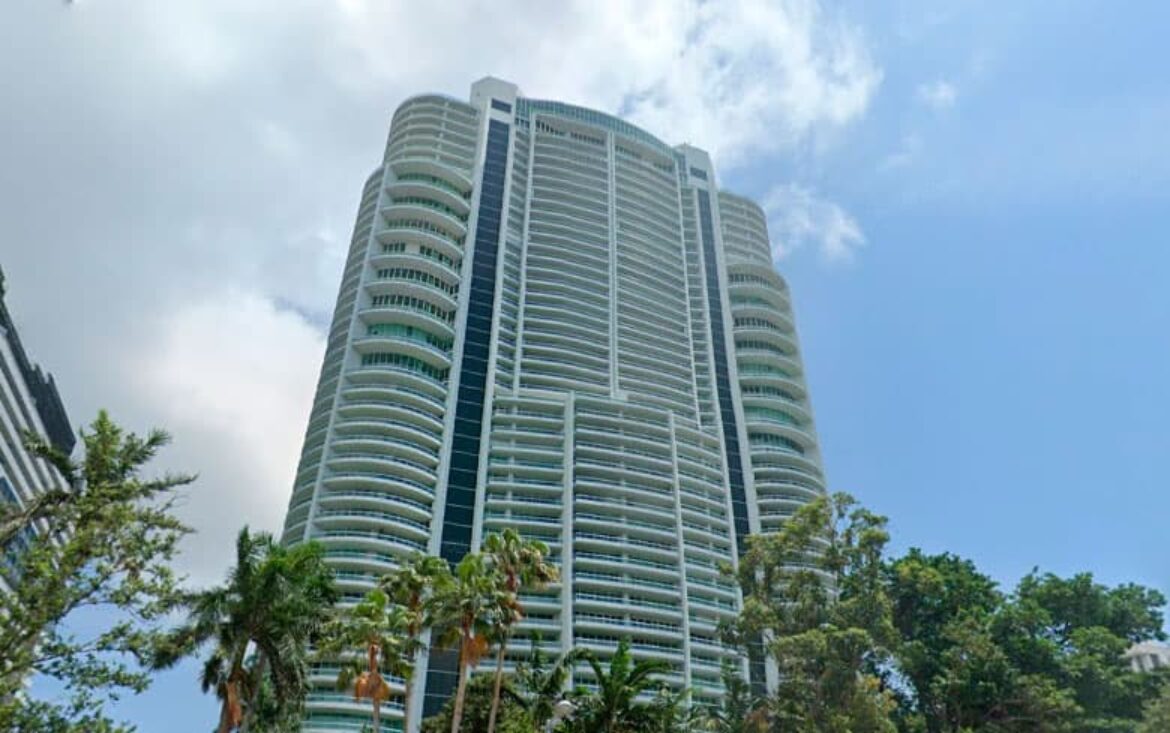 Santa Maria at Brickell is the epitome of elegance and serenity, perfectly located right on the Biscayne Bay, the building has breathtaking views that are paired with marvelous sunrises every morning. This pristine location allows for there to be a lush, agricultural ambience between the building and the Brickell Bay, making it the perfect place for morning runs, afternoon picnics, or evening meditations.

Completed in 1997, Santa Maria was developed by the famous Ugo Columbo, the same developer that delivered to Miami, Epic Residences & Hotel and Bristol Tower. Furthermore, the building was designed by Revuelta Architecture International, who also designed Epic and Mint. Elegantly constructed to encompass 173 units across 52 stories, Santa Maria launched as the anchor of the Miami skyline and was the tallest residential building south of New York City at the time of its completion. In other words, living in Santa Maria is living in a legacy of excellence, where all of the hotspots in the city are conveniently located within walking distance.

Santa Maria was developed with its residents at the forefront, meaning residents can enjoy a wide array of lavish amenities, including a bayfront sundeck with a heated pool and Jacuzzi, a private marina that decorates the surroundings of a historic mansion that can be used as a clubhouse, or private event venue. Additionally, residents can play a match on the racquetball court or lighted tennis court, or even workout in the state-of-the-art fitness center. After conducting business meetings in the conference room, residents can unwind in the gazebo and cabana area while their children roam the children’s playroom. Furthermore, Santa Maria stands out from other buildings in the area due to its on-site cafe/restaurant and offers valet parking and concierge services. With Santa Maria being a 10 minute drive from the American Airlines Arena, 20 minutes from South Beach, and 20 minutes from the Miami International Airport, it is evident that Santa Maria is the bridge between luxury and convenience.