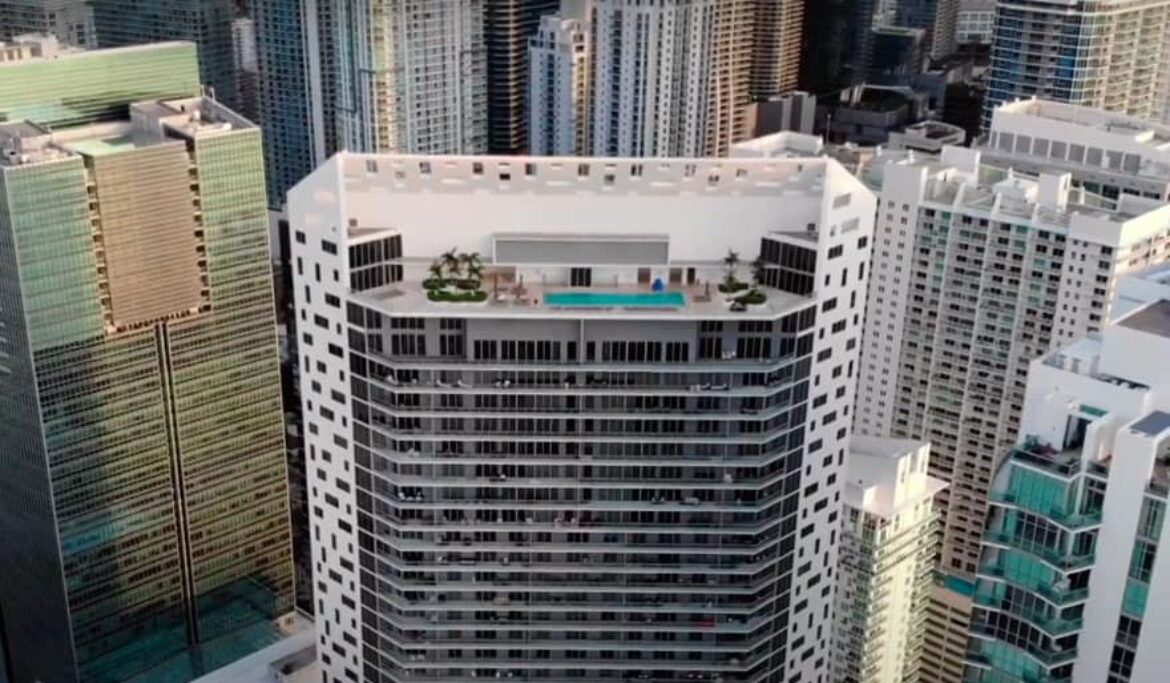 Brickell House is a 46-story condominium building in Miami’s famed Brickell area, home to the financial and corporate headquarters of America’s leading corporations. Maintaining a sophisticated appearance, Brickell House is one of the few certified-green construction buildings in town, as it is no stranger to the ultra-luxurious and cutting-edge lifestyle that distinguishes this infamous area in Miami.

Completed in 2014, Brickell House was developed by Newgard Development Group, which is also currently developing Natiivo Miami. Designed by award-winning architecture firm Sieger Suarez Architects, who also designed Bentley Residences and Porsche Design Tower, Brickell House cannot be mistaken in the city’s skyline. The most beautiful areas of the buildings are within the high-rise in the common area spaces, which were designed by the world-renowned interior design firm Yabu Pushelberg, the creators of the masterpiece within SLS Lux Brickell.

Interestingly, Brickell House was designed to achieve LEED certification from the U.S. Green Building Council, reducing the building’s carbon footprint by 70% compared to similarly-sized buildings across the nation. Furthermore, Brickell House has been at the forefront of the convenience-security mix by incorporating one of the country’s first wholly automated robotic parking garages. As Brickell House is situated directly on the water in Miami’s financial district it has become one of the most desirable riverfront residences in the area and the city.

Featuring 374 condo residences that cater to a wide range of tastes, designers considered the demands and interests of everyone. Consequently, each unit at Brickell House has spectacular floor-to-ceiling glass windows that provide for cinematic sunrises from fantastic private glass-railing balconies; essentially, creating a serene oasis right at home. Brickell House was developed with the ultimate entertainment experience at its forefront, primarily made evident by the alluring rooftop pool and sundeck that features a 50-foot lap pool with poolside cabanas. Residents also have access to the private owner’s lounge that features an event bar and catering kitchen, perfect before or after a film in the private movie theater. For those seeking a variety of dining options, Brickell House features two street-level restaurants that would be best topped off with an escape to the spa with a co-ed sauna and steam room or fitness center. When paired with on-site maintenance, management, and housekeeping, it is made evident that the residences were curated for the central point between on-demand entertainment and convenience, some of the key aspects of true luxury.