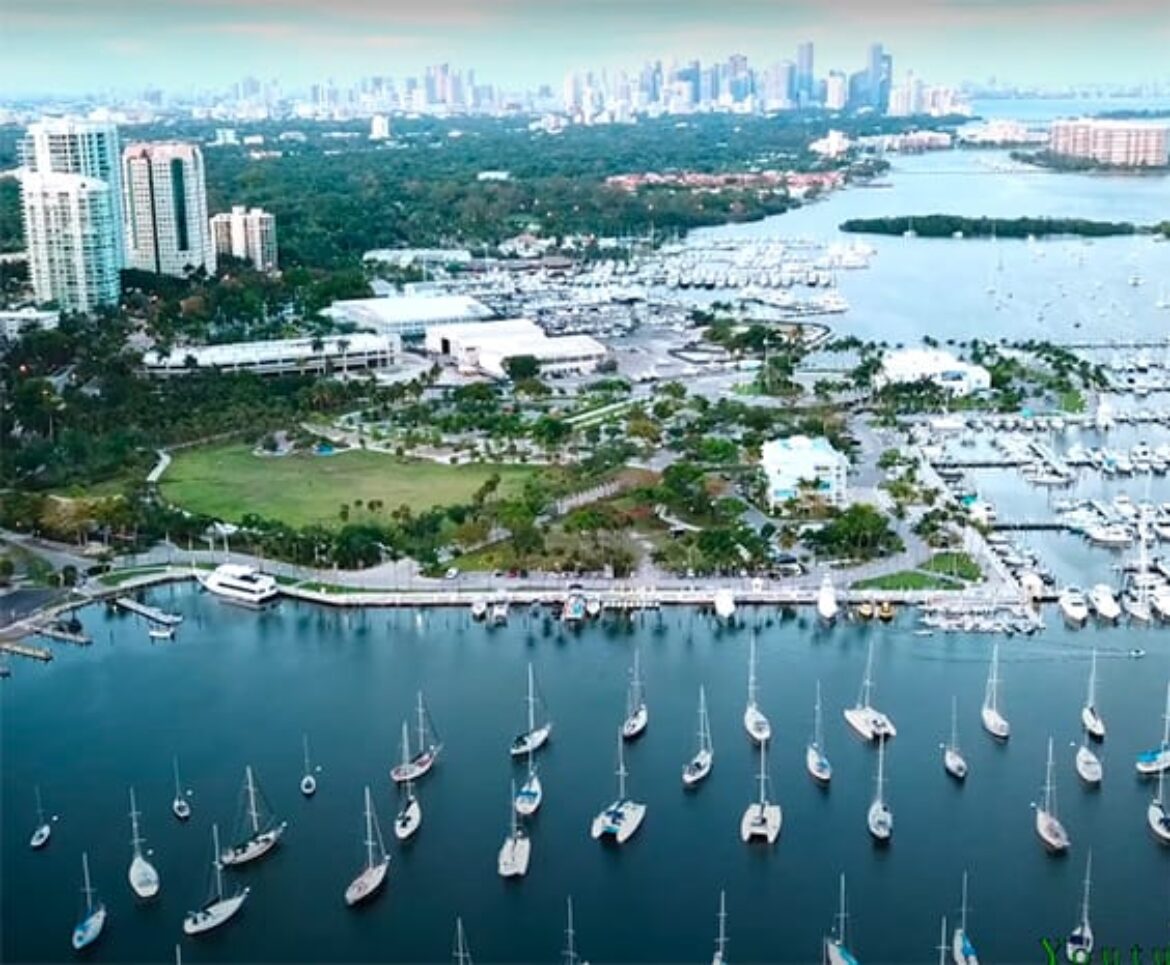 Coconut Grove is locally known as ‘The Grove’. This is a part of Miami which has a more bohemian atmosphere along its pretty parks and lanes. Coconut Grove sits on the Biscayne Bay, not far from Downtown Miami and Brickell. The neighborhood’s limits are, more or less, Rickenbacker Causeway to the north, North Prospect Drive to the south, LeJeune Road to the west and the South Dixie Highway and Biscayne Bay to the east. The town was incorporated in 1919. It has an area of 5.6 square miles and a population of about 20 000 people.

The village was founded in the 19th century and is Miami’s oldest continually-inhabited area. It was initially a stop for sailors looking for freshwater. The name was given by pioneer resident, Dr. Horace Porter, who came up with the name Coconut Grove after seeing a bunch of coconut palm trees around. The natural beauty of the area made it a favorite of the likes of Tennessee Williams and Robert Frost. This is how the Grove has kept its distinction for being a vigorous and freethinking community.

Coconut Grove has not only inspired literature, but also architecture and luxury condos. Renowned figures in the industry are part of the neighborhood’s top projects: Bjarke Ingels, Thomas Christoffersen (BIG Group), Terra Group, Arquitectonica and the Ritz Carlton. The many bungalows and villas in the area are of the Mediterranean style, while some parts have retained the traditional Bahamian or Conch style.

The Grove remains a picture-postcard neighborhood, with boats lazing in the bay and residents leisurely strolling along the streets. There’s so much to see around the village, such as the magnificent Vizcaya, a historical hacienda with great gardens. There are also charming artistic corners and galleries. Being on the coast, the neighborhood boasts wonderful food. A walk around the Main Highway or Commodore Plaza will give residents plenty of mouth-watering culinary options. There are also cafés sprawling alongside pavements for those who just want to sit and sip the cool and calm atmosphere.

The city also has lovely parks and gardens overlooking the Biscayne Bay and offers splendid walks along the marinas. Sailing is, in fact, the main activity here, with the Grove proudly holding the nickname of ‘Sailing Capital of Miami’. The proof is in the number of marinas in the locality, including: Dinner Key Marina, Grove Harbour Marina and Coconut Grove Sailing Club. Water activities go beyond boating too, with paddle-boards, skis and other sports being common to residents and visitors alike.

Coconut Grove, lying south of Downtown Miami, has a tremendous ease of access. It’s about 6 miles, or a 15-minute drive from the Miami International Airport. The US-1 and Interstate 95 make the 4.5-mile journey to Downtown possible in 7 minutes. Fort Lauderdale is also a half-hour journey on the I-95, while Miami Beach is only about 10 miles or 15 minutes by car.

Residences at Vizcaya condos for sale