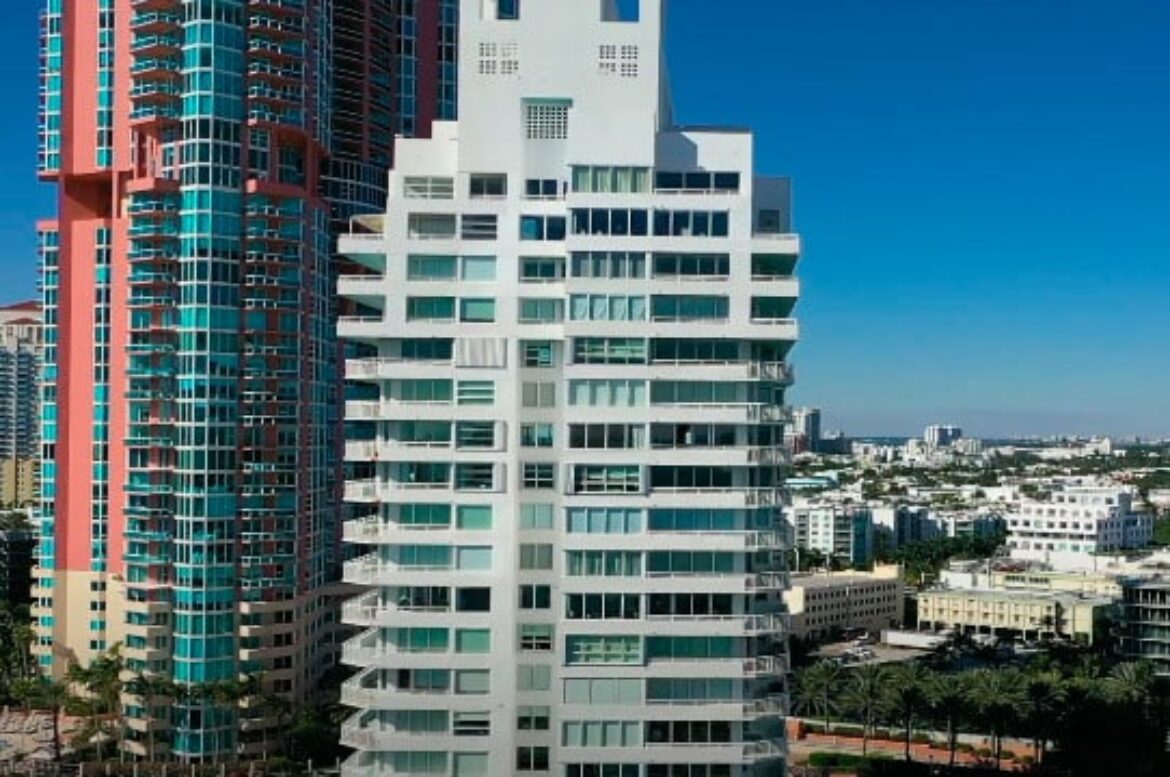 South Pointe Towers are located in the urbane South of Fifth (SoFi) area, at 400 South Pointe Drive. It was one of the first high-rise residential projects in this neighborhood, built-in 1987. It has 25 floors and 208 condo residences. These are laid out in 1-, 2- and 3-bedroom floor plans, which vary between 858 and 1802 interior square feet. Another well-known, distinguishing feature of this building is its sculpted neon beacon, which is visible from a distance.

The property is well situated at the southern tip of the South Of Fifth neighborhood. It is about a half-hour drive from the Miami International Airport and the Miami Design District and Brickell. The local favorite, South Pointe Park, is a stone-throw away. South Pointe Towers also have the advantage of many other popular places being in their vicinity, including Joe’s Stone Crab, Il Mulino New York and Prime 112.