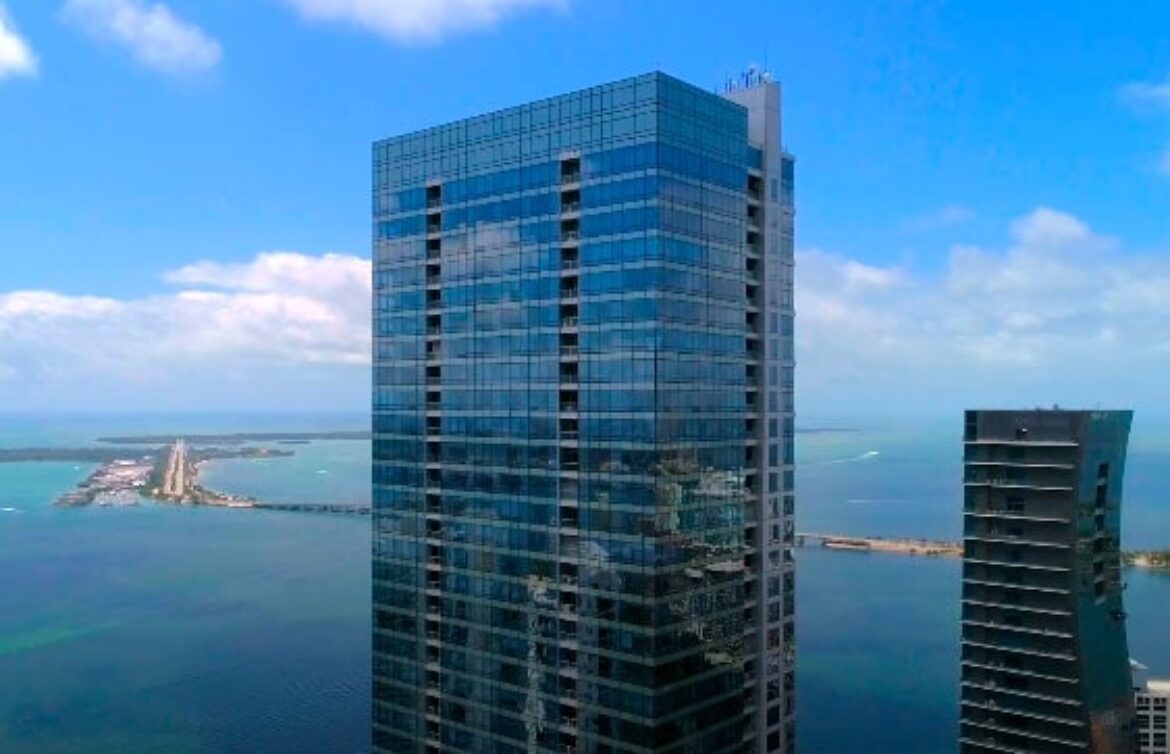 Completed in 2003, Four Seasons Residences Brickell pioneered the first mixed-use urban residential building of Brickell, integrating a 220-room hotel with 184 residential units. The residences were developed by Millennium Partners and designed by Handel Architects and Bermello, Ajamil, and Partners. The project was meant to be the first mixed-use residential building of Brickell. It did not disappoint, featuring a 40,000-square-foot fitness facility, 300 car above-grade parking facility, and seven floors of office space through the 70-story concrete frame. The building is a staple of the skyline due to its glass exterior painted by the ocean blue through its reflection.

Located at 1425 Brickell Avenue, the building provides its residents the most breathtaking views of the serene Biscayne Bay, being situated nearby Mary Brickell Village and Brickell City Centre, the prominent shops, bars, and restaurants are all within walking distance. Also down the street are the hottest nightclubs and entertainment venues, suitable for anyone seeking a thriving night scene. Four Seasons Residences Brickell is a superb option perfect for anyone seeking a luxurious urban lifestyle, a touch of serenity by the sea, and a business district all in the same radius.

Yet, like any stunning treasure, it is what lies within that is even more breathtaking. Four Seasons Residences’ units feature spacious 10-foot ceilings embellished with granite countertops, top-of-the-line finishes, and masterfully crafted European imported cabinetry. Additionally, units comprise palatial bathrooms decorated with frameless, glass-enclosed showers and oversized soaking tubs. The most authentic aspect of convenience is made evident through the building’s bespoke concierge service ready to attend to the residents’ needs. Inspired by the idea of the intersection between the sky, the project was designed around the concept of luminance. Ultimately, a building decorated with a pristine glass exterior, complemented with glossy metal elements, creates a canvas for the sun and sea to flourish on.