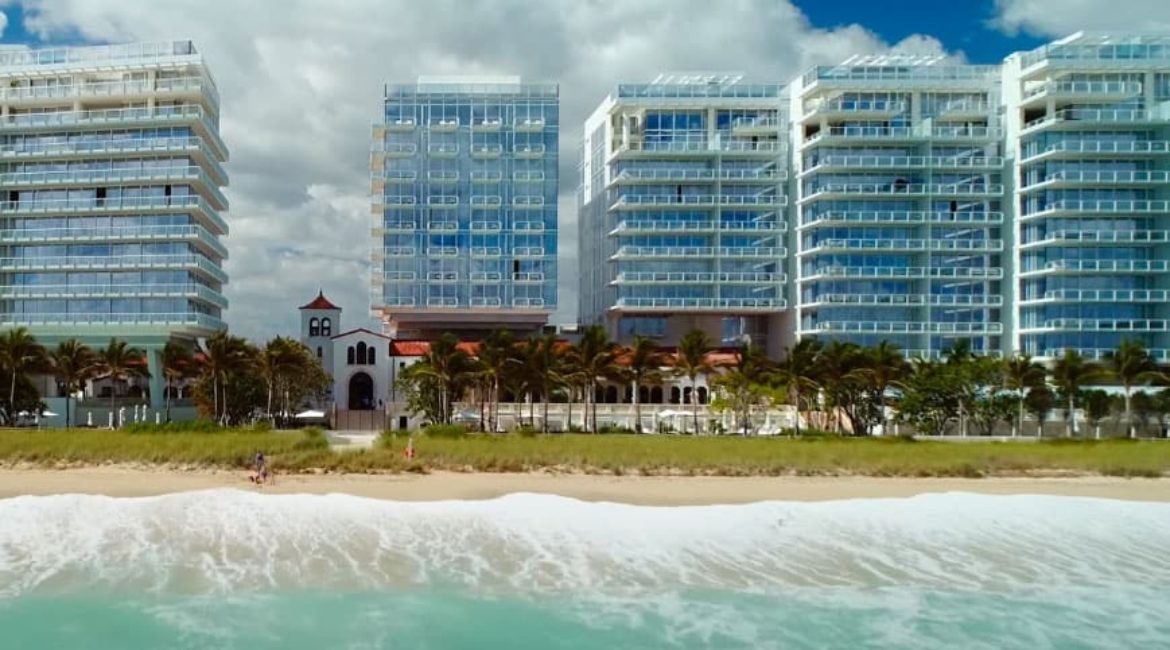 It’s an extraordinary circumstance for a historic social club to serve as the architectural foundation for a contemporary hotel, especially a hotel offering Four Seasons standards of service. Four Seasons Hotel at The Surf Club is also part of the legacy of luxury that is the portfolio of Four Seasons historic hotels.

World-class level of service and amenities at Four Seasons Hotel and Residences, reminiscent of the era when the Duke and Duchess of Windsor frequented The Surf Club. Founded by the legendary Isadore Sharp of Four Seasons Hotels and Resorts and celebrating more than 50 years in the hotel industry, Four Seasons prides itself on anticipatory, personalized, insightful service. The staff knows what you want even before you know you want it yourself.

Living at The Surf Club is living the dream, and will create memories that last a lifetime and beyond for generations to come.

Four Seasons Hotels and Resorts pioneered branded residences in 1982, and the discriminating home-owners who choose to live in a Four Seasons branded residence are also citizens of the world, people who know that the greatest luxury is time and freedom. At Four Seasons Private Residences at The Surf Club, every detail of construction, architecture, interior design, and world-class amenities is supervised by Four Seasons. This active and dynamic management role adds to the long-term value of a bespoke lifestyle. Four Seasons Private Residences at The Surf Club will be a prestigious, low-key, residential address with all the advantages of living in a grand hotel. Homeowners can come and go easily—on-demand car service is available for transport to and from the airport.

In the early years of the original Surf Club, architect Russell Pancoast instinctively understood that the cabanas would always remain the true soul of the property. In that era, the opulent and formal cabanas were home to elaborate luncheons, fashion shows, and such special events as presentations of gleaming new race cars. Throughout that epoch, the passing parade of aristocrats, statesmen, and celebrities on “Cabana Row” often included Winston Churchill, who could be found painting seascapes and sipping cocktails in his cabana.

The transformed cabanas for Four Seasons Hotel at The Surf Club — realized by Joseph Dirand, returns the fabled oceanfront retreats to the essence of their aesthetic allure, those rich vistas of the endlessly beguiling Atlantic Ocean. As with all truly elegant creations, the cabanas at The Surf Club are simple and beautifully executed.

The airy sanctuaries have cool-as-a-breeze terrazzo floors, tropical rattan furniture, and free-standing mirrors reflecting the palm trees outside. In step with the contemporary era of luxury, Dirand’s work on the cabanas is all about the clean lines and pure functional beauty of modernity. This will be South Florida as it is meant to be lived, with grace and elegance infusing every pleasure taken.

The thirty-one-and-two bedroom Four Seasons Hotel Residences are located closest to the hotel and feature the refined aesthetic and thoughtful details proposed by Joseph Dirand. Known for his ability to reimagine classical design he infuses the Hotel Residences with timeless elegance and a modern twist. These fully finished and furnished residences are the very essence of effortless chic. Personally curated with his exquisite taste, the Hotel Residences feature custom Joseph Dirand furniture designed exclusively for The Surf Club. Once purchased, the owner will have the ultimate freedom over how and when to participate in the Four Season Rental Program.