Marina Park, The Icon of The Miami Beach Marina Renovation 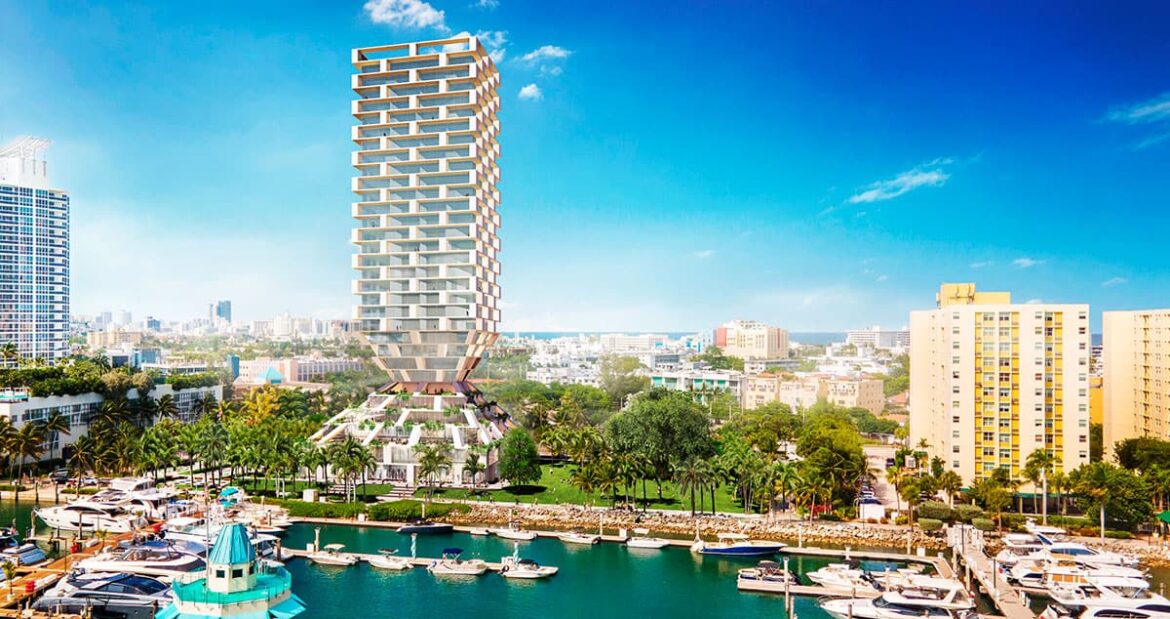 During the past few months, something has been going on and waters are deeply moving at Miami Beach. Well-renowned top Miami developer David Martin is focused on redeveloping the Miami Beach Marina into a high-rise, mixed-use tower. Martin, President and co-founder of Terra Group met for the very first time with the City Commission’s Finance Committee in April of this year. Due to his successful track record and entrepreneurial boost, Martin is convinced his company is capable to renovate the aging Miami Beach Marina with the new Marina Park. 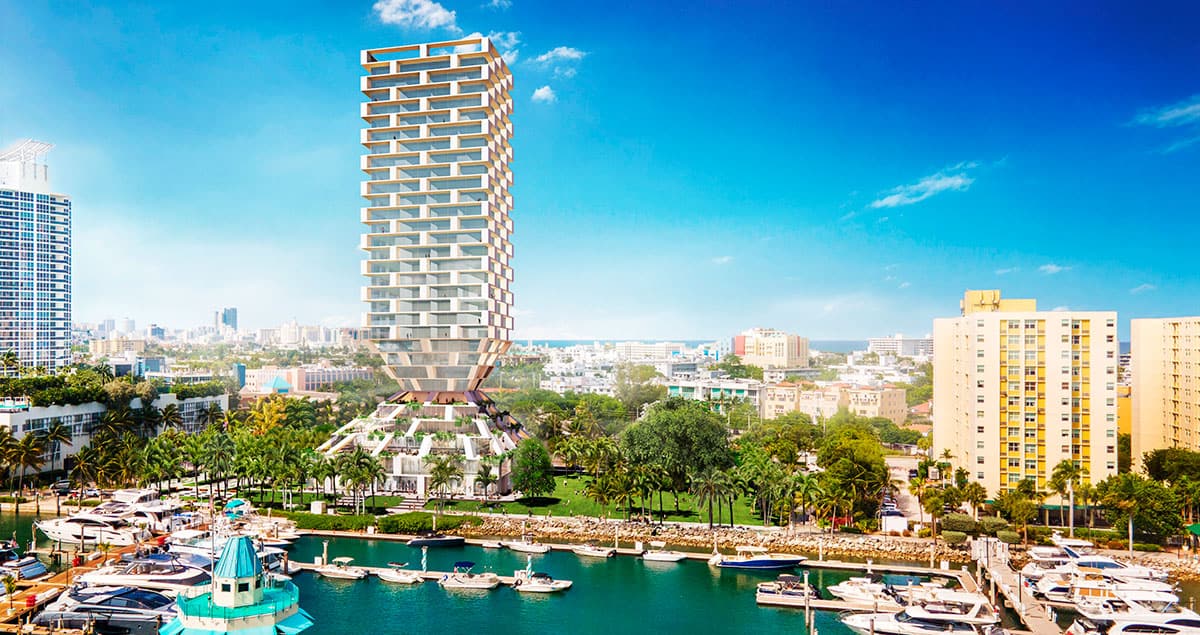 After having several encounters with City Administration and the community the final agreement is a tower of up to 385 feet in height. The project would include about 60 residential units encompassing 275,000 square feet, as well as 45,000 square feet of a market, small retail stores, restaurant, juice bar, office and marina space at 300 to 400 Alton Road. Currently, this area is occupied by the popular Monty’s restaurant which would require its demolition if the project gets approved.

Both financially and aesthetically attractive, this ambitious project is a bet on Miami Beach’s new face of innovation and competitiveness and as Martin says “to address the challenges of sea-level rise and climate change”. He said his goal is to reposition and rebrand it to be “a premier yachting destination in this country.” Its construction will go to a public referendum on November the 3th. Why? Because the project involves a long-term lease of City-owned property, the sale of air rights, and a potential increase in FAR (Floor Area Ratio). In order to move forward, a majority of voters would have to sign off on the project.

But what about the numbers? City Manager Jimmy Morales and City Attorney Raul Aguila wrote a memo specifying the financial terms of the deal, including:

Number one: costs of the air rights for the residential building are $55 million. Number two: a minimum of $22.5 million for the construction of a new 45,000 sq ft Miami Beach Marina facility at the base of the residential tower to replace the existing facility at no cost to the City and additional public benefits including a 1.0-acre park, resiliency improvements, and enhancements to the surrounding Baywalk and Alton Road areas.

Number three: a minimum of $40 million on additional capital improvements for the operation of the Marina and “to upgrade the marina to world-class marina standards” with $15 million to be spent in the first ten years.

Number five, as above mentioned, the developer will build a 1.0-acre public park that will be owned and controlled by the City for the benefit of the general public.

After talking with the President of Terra Group about positive beliefs on the future of the city, current Miami Beach Mayor, Dan Gelber, expressed his desire to develop an engaging atmosphere displaying green and water spaces where people can keep coming to move while enjoying South Florida’s best lifestyle. In his own words: “I think this is a special project that offers numerous exceptional advantages (…), one thing I really love about it is it’s a skinny building that will allow people from Alton Road to see into the Bay (…) my father (former Mayor Seymour Gelber) said to me “sometimes the most important things you do you’re never going to cut the ribbon on (…) but you’ll be very happy to know that you lit the fuse on it”.

Negotiations that have taken place with the City will create a “world-class marina” through promised improvements, and will help Miami Beach recover through the upfront cash to purchase the air rights, annual tax benefits estimated to be $3 million, and new jobs – 2,111 non-recurring and 261 recurring, says Martin.

After the November ballot and approval, the project must go through Planning Board and Design Review Board processes, and construction will start 4 years from the effective date. As Commissioner Ricky Arriola said this is a great opportunity for the City to “take something not so beautiful and make it more beautiful”. Voters have the final word, everything is ready, with local government being supportive and having an internationally respected development firm leading the way, this project joins the race for Miami Beach’s new era.

For more information about Marina Park contact Mike and Ivan below: