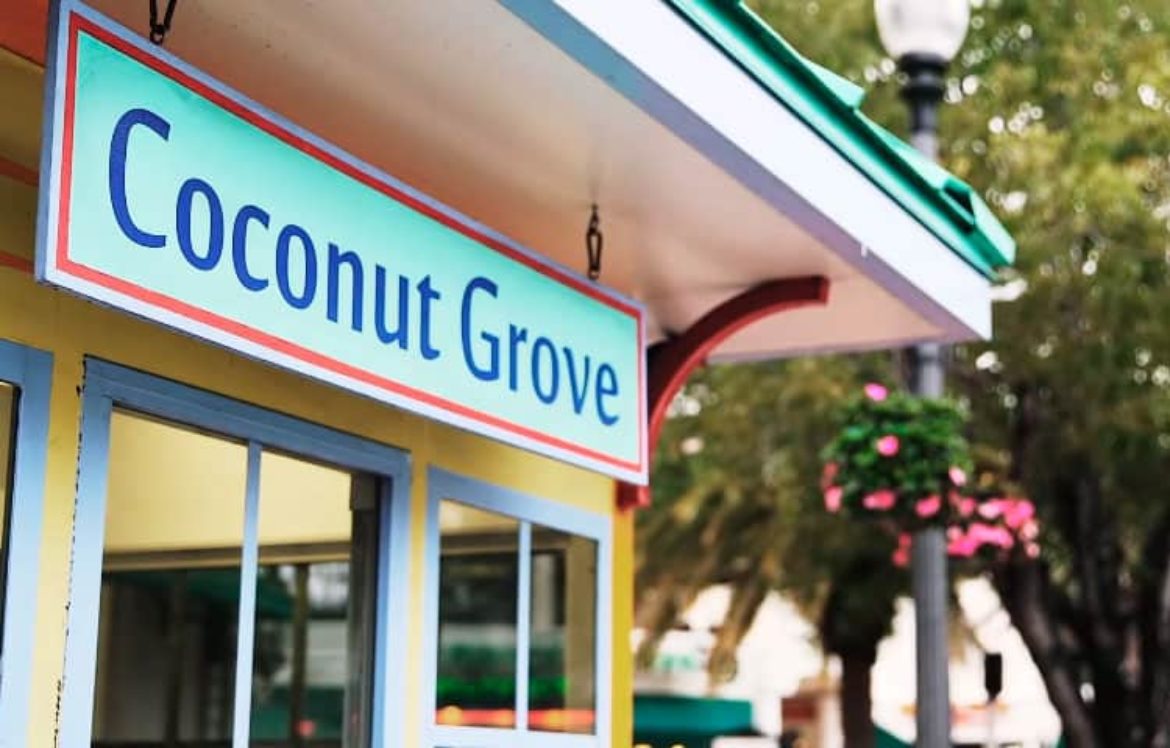 Coconut Grove has a different spirit to the rest of Miami. Locally known as the ‘The Grove’, it has a groove of its own, with a more bohemian atmosphere along its pretty parks and lanes. Coconut Grove sits on the Biscayne Bay, not far from Downtown Miami and Brickell. It is a bit of a picture-postcard neighborhood, with boats lazing in the bay and residents leisurely strolling along the streets. ‘The Grove’ remains popular with those seeking to move to this part of Miami precisely for this ambiance that sets it apart from other more high-flying areas. It is on par with other localities for great recreational amenities in its parks and marinas. It also boasts wonderful food and trendy eateries around the village, as well as charming artistic corners and galleries. This is the place for those who would like a bit of nice and quiet, all the whilst being within short distances of the more animated parts of South Beach.

Locals in Coconut Grove are always on the water. This is their way of life. Whether it’s sailing or paddling a board, you will never find yourself too far from the sea. The village has a history closely linked to seafaring. due to a neighboring light-house, it became known to be a favorite stop or sailors in need of freshwater. Nowadays, there are a number of marinas available to residents of the locality. These include Dinner Key Marina, Grove Harbour Marina, Coconut Grove Sailing Club, Biscayne Bay Yacht Club and the Coral Reef Yacht Club. This surviving tradition of nearly a century must be the reason why the Grove is nicknamed ‘The Sailing Capital of Miami’.

Being near the sea means seafood will be the main theme of many of Coconut Grove’s dining options. But the catch of the day goes many ways in this little village, which gets top marks on creativity. You will be spoilt for choice between a succulent ceviche or the more adventurous alligator ribs. A walk around the Main Highway or Commodore Plaza will give residents plenty of mouth-watering restaurants. There are also cafés sprawling alongside pavements for those who just want to sit and sip the cool and calm atmosphere.

Coco Walk is a good start for those who want to explore. It’s a popular stop for shopping enthusiasts, with trendy and niche boutiques. The Old Grove is another well-visited area, especially for those looking for the more eclectic or artsy type of goods, including natural and sustainable fashion creations.

What to do in Coconut Grove

Coconut Grove’s Fashion + Art + Music Night every first Saturday of the month from October to April is a must-attend event. Shops host artists during these special Saturdays, but there’s also a variety of live music performances to be enjoyed. There’s so much more to see around the village, however, such as the magnificent Vizcaya, a historical hacienda with great gardens. There are a few other historical houses which are worthy of a visit, retracing West Indian settlement in the area. The city also has lovely parks and gardens overlooking the Biscayne Bay and offers splendid walks along the marinas.

You are in safe hands in Coconut Grove when it comes to your children’s education. The area has plenty of top-of-the-list private and public schools. Among the best private schools are the Brito Miami Public School, Immaculata-La Salle High School and Ransom Everglades School. Notable public schools include Coconut Grove Elementary, Frances S. Tucker Elementary and George Washington Carver Middle School.

The History of Coconut Grove

The village was founded in the 19th century. It has since been a creative den and secret garden for many of the free spirits who chose these shores. The area was a stop for sailors looking for supplies, particularly in freshwater. Its tropical abundance and natural maritime landscape made it irresistible then and even later, for the likes of Tennessee Williams and Robert Frost. This is how the Grove has kept its distinction for being a vigorous and freethinking community.

The region was first inhabited by Tequesta native Americans. As the Cape Florida Lighthouse opened in 1825, its staff adopted the place, as did artisans who salvaged ships around the area. It was one of the pioneer residents, Dr. Horace Porter, who lived around the present Barnacle State Park, who came up with the name Coconut Grove after seeing a bunch of coconut palm trees in the vicinity.

A few decades later, attracted by the generous homestead laws, an influx of settlers from the Bahamas arrived in the region. Their descendants remain to the day, particularly around Charles Avenue. Some of the founding figures of the Grove, Ralph Munroe and the Bahamian Peacock brothers, formed the first hospitality institutions of the area. This attracted a lot of visitors who eventually decided to settle locally. Soon there was to be a school, church and other various clubs.

Moreover, the arrival of the railway nearby in 1896 ushered in a new era. Rich families chose the secluded locality to settle in, creating a millionaire’s row in its midst. Coconut Grove also neighbored a U.S. Navy airbase. With all of these developments, the Grove was soon annexed to the City of Miami, as its real estate market soared.

Real Estate in Coconut Grove can be categorized in the following specific neighborhoods: North Grove, South Grove, Center Grove or West Grove. We therefore have a Coconut Grove real estate database which is dedicated to this very popular area of Miami, Florida. We update our database on a daily basis so that you can have access to all of our Coconut Grove listings. This database is the key to your dream property, whether luxury condos, townhomes, gated estates or luxury waterfront mansions.

The Ongoing Transformation of Coconut Grove 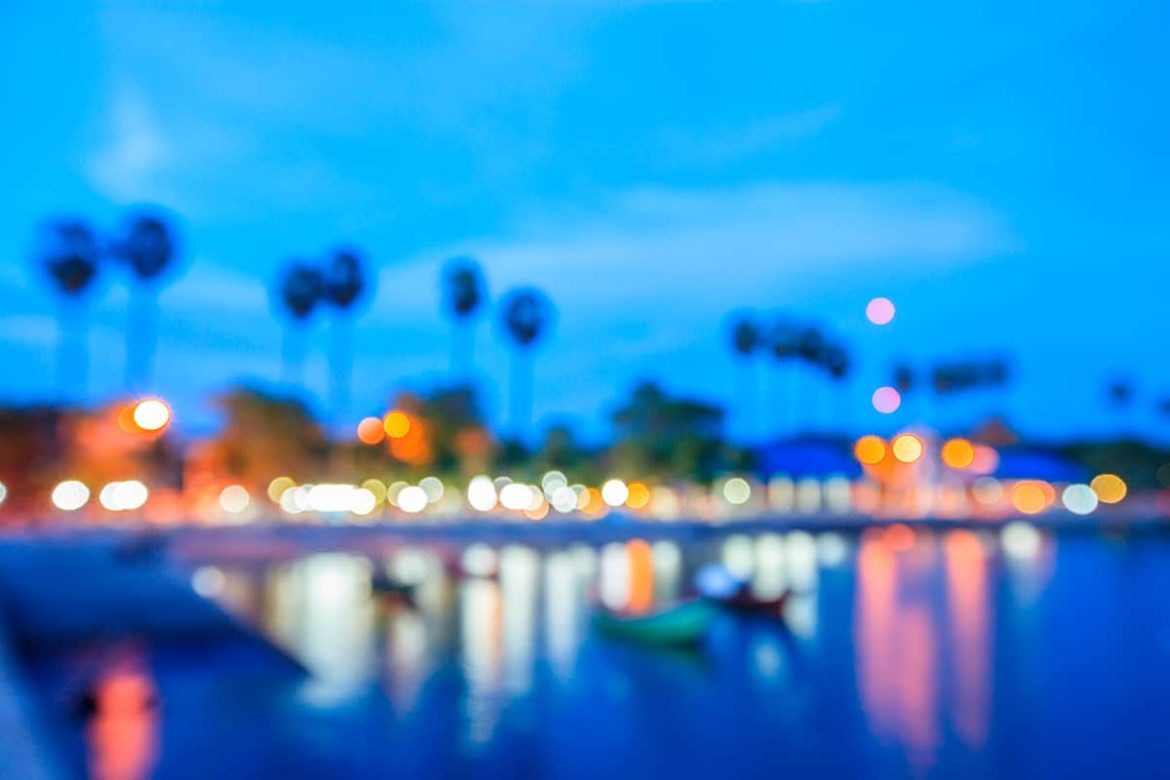 Coconut Grove, once a destitute commercial hub of obsolete shopping trends, such as the traditional chain hamburger spots and generic retailers, has become the central focus for trendy investors and entrepreneurs. The place is becoming an urban sprawl of niche market restaurants and shops, which will be sustained by its expected increase in mid to high-income office workers. This expectation is because the neighborhood recently built multi-storied high-rise office buildings near its shopping centers, among other investments in office spaces. This new breed of office workers has unique demands that are shaping the destiny of the modern urban sprawl.

Urban planners are designing the city in such a way that all functions of the city complement and feed off of one another. The idea is that a compact city with all amenities, such as health centers, gyms, and exclusive service, will attract high skilled office workers into a once desolate neighborhood. Also, the crucial buildings for a thriving economy, namely the office high rise and condos, is situated in streets that allow for easy access by car and foot. Multi-story buildings allow for a variety of businesses to populate the area with convenient and unique products and services that attract this new generation of office workers.

Home values are going up as more businesses invest in the area, and residents move in with the idea of living a successful, trendy lifestyle. This is transforming Coconut Grove quickly because many companies are beginning to compete for a share of the property in this locality.

Out with the Old

Before the modern developments began, the Coconut Grove area was focused more on tourism with its malls, hotels, and beachside resorts. Now, those amenities are being refaced with condos and office structures with a sleek, modern architectural design.

The deconstruction of the CoCo walk mall means that there is less demand for generic shopping products that many traditional companies offer for more niche-based service demands such as fashion eyeglass shops offering at-home delivery. The shops will no longer pile their inventory with products but will showcase the value of expensive items to pull in customers, instead of pushing their products with frequent discounts.

These new-age office workers are attracted to aesthetics and quality. They want to work at locations that reflect that value. This is the reason why architects are spending generous sums of capital to give the office buildings a modern and unique look. For instance, the new office building that will replace the pavilion of the CoCo walk shopping mall will boast a sleek Mediterranean look to establish is individuality, apart from other buildings. This will motivate employees to work and businesses to set up shop.

Instead of building individual residential houses, urban planners have decided to build high-rise condominiums. This allows for maximizing the capacity for the influx of new residents. These ideas will also allow aspiring residents to establish their permanence in the city without worrying about being evicted.

Condominiums integrate valuable amenities, such as spas and community halls, to connect the members of the vertical village. This gives the busy office workers to wind down, relax, and enjoy the company of their neighbors in a positive, friendly, and comfortable environment.